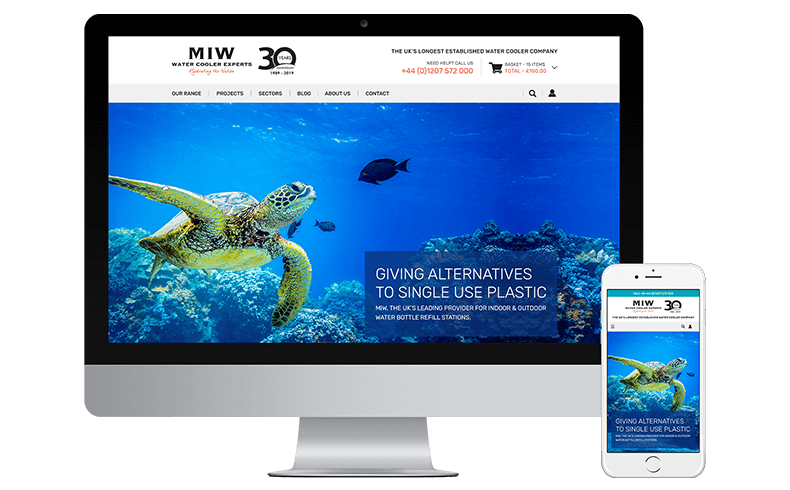 We were approached by MIW when they were looking to redevelop their existing eCommerce website.

Working alongside them it became apparent that while selling the water coolers on the site was important, it was also equally important to showcase the press around the work they have done alongside local councils and water companies to help the environment by reducing plastic waste.

The decision was made early on to change the eCommerce platform that the site was originally built-in, so we set about creating a script to transfer all the existing customer data, sales and products from the site into the new eCommerce software.